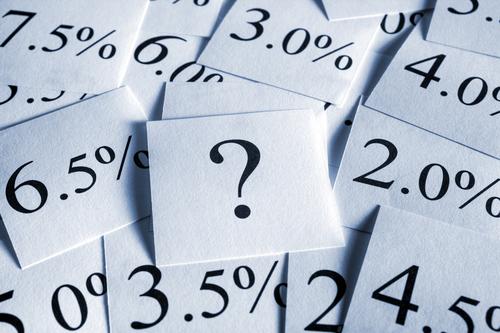 The Government’s recent announcement that the Ogden discount rate is to be reduced from +2.5% to -0.75% has affected the insurance industry significantly. What is it? The Ogden discount rate is a calculation used to determine how much money insurance companies should pay as compensation to people who have suffered life-changing injuries so that it will cover all their predicted future losses. The settlement amount agreed aims to reflect the claimant’s future loss of earnings, as well as covering any care costs. However, because it is paid in a lump sum which will be invested when it is received, the amount is adjusted to account for the interest they would expect to earn. This is where the discount rate comes in. How does it work?……

How does it work?

To calculate how much would be needed over the claimant’s likely lifetime, a multiplier is applied to the claimant’s financial needs – i.e. the earnings they will miss out on, the cost of care needed. This multiplier takes into account age, gender, and mortality risks in order to arrive at a figure.

In order to work out how much to deduct to account for interest on the sum provided, the insurer uses the discount rate.

The Odgen Tables list the multipliers which apply at each various discount rate, across a range of -2% to +3%.

The lower the rate, the higher the settlement of a claim is likely to be.

What does the reduced rate mean?

The new rate means the payout due to a claimant will be much higher than the same settlement would have been at the old rate.

This significant change is expected to cost the insurance industry millions of pounds.

What will the impact be on insurance premiums?

Insurance premiums are likely to rise, particularly personal and commercial motor premiums, as insurers try to make back the extra money they will now have to pay out.

“Claims costs will soar, making it inevitable that there will be an increase in motor and liability premiums for millions of drivers and businesses across the UK. We estimate that up to 36 million individual and business motor insurance policies could be affected in order to over-compensate a few thousand claimants a year,” he said.

As we near the end of the financial year, some insurers are already seeing the change’s impact on their profits, with some even delaying announcing their profits altogether as they calculate what the impact will be.

Insurer Admiral announced it will be raising car insurance premiums by an average of 10%. Aviva UK’s combined operating ratio has surged to 106.3%, whilst Direct Line has revealed a £175million drop in full-year profits as a result of the change.

If you are worried about how this may impact you, contact Dennis Watkins & Co today and one of our advisers will be happy to talk through any worries you may have.

Below are some examples of how the rate change impacts the settlement of a claim:

Fractured hip, leg and wrist – Female, 57 years old. Retirement at 65 but not returning to work due to accident, small element of care.

Neck, back and head injuries – Male, 29 years old. Retirement at 65, will return to work but reduced earnings capability.